SEMA 2016 Powers Up with ODYSSEY® battery

There is nothing quite like the Specialty Equipment Market Association (SEMA) show that takes place every year at the 3.2 million square foot Las Vegas Convention Center (LVCC). The event delivers four days of pure automotive heaven, allowing exhibitors and attendees the chance to check out some of the most advanced vehicles and parts on the planet, while also meeting a few industry celebrities. 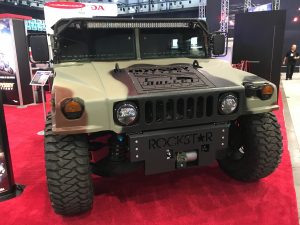 EnerSys marked its twelfth year at SEMA by celebrating the ODYSSEY battery’s military inspired design, which was developed to withstand the world’s toughest conditions.

Rockstar Performance Garage helped showcase that first hand with a specially designed 1989 Humvee® 1025. Powered by an ODYSSEY® Extreme Series™ PC2250 battery and an ARMASAFE™ Plus battery, the Humvee was equipped with all the power needed to withstand extreme off-road conditions.

Directly next to the Humvee sat a race-ready 2017 Polaris® RZ RXP 1000 Terracross Edition, driven by Hailie Deegan at this year’s Haydays Grass Drags. Sporting an ODYSSEY® Extreme Series™ PC1200LMJT battery, the RZR showcased the power to withstand the punishing conditions it faces on race day.

On the other side of the booth was a 1949 Buick® Sedanette 56 S, with an ODYSSEY® Extreme Series™ 75-PC1230 battery sitting at the heart of the custom restoration. Chris Carlson, owner of Carlson Hot Rods, knows he can leave the Buick sitting in cold Kansas winters with complete confidence that the car will fire up without any issues. 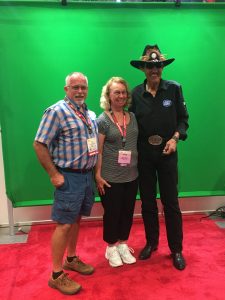 ODYSSEY® battery’s influence at SEMA wasn’t just confined to booth 24875 – ODYSSEY batteries powered over 100 vehicles across the grounds of the LVCC. Builders identified durability and dependability as factors for choosing ODYSSEY® batteries for their projects.

It’s hard to determine a defining moment of SEMA 2016. From jaw-dropping builds and big name athletes to a walking mohawk billboard, this was certainly another SEMA to remember.