“We would never have won the event for a second consecutive year without ODYSSEY® batteries,” said Tom Jones, the team’s technical advisor. “Based on our success with the ODYSSEY® batteries in 2016, we immediately reached out to EnerSys when this year’s event came around. The batteries performed exactly as promised and gave us the reliability we needed to capture victory again.”

Maria Orlando-Krick, marketing content and sponsorship manager at EnerSys, added: “When Riverside Poly requested the power of ODYSSEY® batteries, we were excited to offer our support in their quest for another Solar Cup Championship. The fact that these students spent nearly seven months building their boat by hand says a lot about their determination to further their skill set for the future. We’re happy to have been associated with Riverside Poly and their success.”

The ODYSSEY® PC1100 batteries were used in two different configurations – for a 90-minute endurance race where they were coupled with 320 watts of solar panels, and for a 200-meter sprint race in which the solar panels were removed and the boat relied purely on the batteries.

“The ODYSSEY® PC1100 batteries provided the deep-cycle performance we needed during the endurance race and were also excellent for the high current draw (650 amps for 34 seconds) required during the sprint race,” continued Jones. “After all of the abuse these batteries experienced during the racing events, they managed to have great longevity. We actually won the sprint race this year using a four-year old ODYSSEY® PC1100 battery in conjunction with a new one. The PC1100 battery has become the de facto battery standard for the Solar Cup event.”

Solar Cup is a high school education program in which teams of students from throughout Southern California build and race solar-powered boats. The seven-month program culminates in a three-day competition at Lake Skinner, in Temecula Valley. Through the program, students learn about conservation of natural resources, electrical and mechanical engineering, problem solving and much more.

EnerSys, the global leader in stored energy solutions for industrial applications, manufactures and distributes reserve power and motive power batteries, battery chargers, power equipment, battery accessories and outdoor equipment enclosure solutions to customers worldwide. Motive power batteries and chargers are utilized in electric forklift trucks and other commercial electric powered vehicles. Reserve power batteries are used in the telecommunication and utility industries, uninterruptible power supplies, and numerous applications requiring stored energy solutions including medical, aerospace and defense systems. Outdoor equipment enclosure products are utilized in the telecommunication, cable, utility and transportation industries, and by government and defense customers. The company also provides aftermarket and customer support services to its customers from over 100 countries through its sales and manufacturing locations around the world. 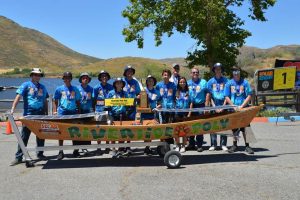