Riku Tahko was just 16 years old when he took his first lap in a rallycar. As the son of a professional rallycar driver, Riku grew up around the sport but also had a passion for snowboarding from a young age. It wasn’t until his dad retired that Riku’s career interests shifted from the slopes to the racetrack. With the help of his father, several crewmembers and sponsors, Riku has been able to overcome obstacles on the road to becoming a professional rallycar driver. He’s even started his own team – #MINISUOMI.

We recently caught up with the Finnish racer to learn how he got started in racing, and where he hopes the future takes him.

You followed your father’s footsteps into the racing world. What was his background in the sport?

My dad had a long career in stage rallying. He drove from 1973 until the mid-1990s. He even won the Finnish Rally Championship in 1989.

How did he influence you? 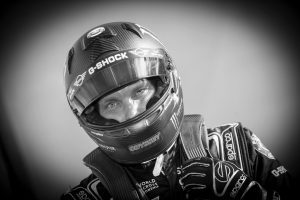 When I first got involved in racing I was following his career and driving go-karts, but was more interested in action sports. My dad had retired from racing when I was close to getting my license. However, he was still involved in the sport, running a successful motorsport team turning rally cars into World and Finnish Champions. He took me to my first rally test and showed me what it took to become a success.

How did you get involved with EnerSys®?
It happened by coincidence. Our workshop bought spare parts from a dealer, and during a meeting with them they mentioned they were beginning to sell ODYSSEY® batteries. I proposed an offer to start promoting the brand in rallying – it was during one of my biggest times as I was bringing the MINI WRC car to the Finnish Rally Championship round. Well, it happened and since then I’ve begun to work directly with the people at EnerSys®, the manufacturer of ODYSSEY® batteries.

How has their support helped your success?
EnerSys has been a major support during the last three years as one of my title sponsors. Rallycross cars need many special parts. I’ve had to replace many parts during the development of our MINI RX Supercar, but we’ve never faltered with ODYSSEY® batteries. My PC950 is the heart of our RX beast.

You went full-time in Rallycross back in 2014, when you also began to build your own team. What was the experience like creating #MINISUOMI?
2015 was the first outing for the #MINISUOMI team in the European Rallycross Championship. We took a giant leap with a new concept car and for me having only two Rallycross experiences prior. The whole experience has been a development project for our small team of eight. Being able to set Top 5 lap times in EuroRX and winning our first national race we can look back and say it´s been tough, and it took longer than we thought, but we’re heading down the right path.

What is the highlight of your career so far?
The Finnish Rally Championship bronze medal in 2012.

What have your successes so far meant to you?
I’ve been a top driver in Finland for years, but I’m the guy without any major wins or gold medals. I’ve won races, but I´m missing that BIG win. That’s why I´m hungry to continue. I know what it takes; I have no doubt I can do it if the chance comes. Motorsports are always a mixture of driver and equipment – the timing has to be right for that winning packet. Even though I have some success under my belt, I’m not satisfied with my career until I get that big win.

What is your ultimate goal in the rally world?
To gain factory seat and win a World Championship. However, my “check point” before that is to form a winning level team as well as my personal brand.

Do you have any desire to try other forms of racing? If so, what?
One thing I have sought for years is to race in the United States. I find Stage Rally, Rallycross and the off-road series interesting. Hopefully I will find a chance to race there one day.